A bill to reduce the weight of student test scores in teacher evaluations has been reintroduced in the Michigan Legislature, along with a few other evaluation-related measures that failed to pass in the last legislative session. 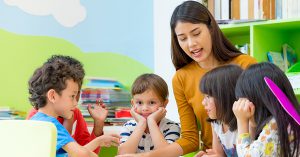 HB 4221, introduced by Rep. Julie Alexander (R-Hanover), would return the percentage of an educator’s annual evaluation that is tied to student growth measures to 25 percent, a change that MEA has pressed for more than a year. That number rose to 40 percent this year in an automatic bump that was built into the evaluation overhaul passed in 2015.

In December, this change passed the State House with overwhelming bipartisan support but the bill died in the State Senate at the end of Lame Duck.  Please take time today to contact your lawmakers and urge them to pass this long overdue legislation.

Many states are backing away from stringent requirements for documenting student growth as part of teachers’ scores in formal evaluations, scores which play an increasing role in teacher layoffs and recalls.

Just last month, lawmakers in New York passed a measure to remove test scores entirely as a mandatory part of teacher evaluations. Alaska, Arkansas, Kansas, Kentucky, North Carolina, and Oklahoma have all reversed rules that required student-growth measures to be included in the evaluation process.

Many experts say the increased role of test scores in educator evaluations does not accurately reflect a teacher’s classroom performance and intensifies pressures to teach to the test – discouraging deeper learning and lessons that focus on critical thinking.

This proposed change to Michigan’s law resulted in part from a spring 2017 MEA member survey on the new evaluation system. MEA lobbyists have worked since them to secure support for fixes from Republicans, who still hold majorities in the House and Senate.

Thousands of educators answered the online survey to voice multifaceted concerns over new evaluation requirements, ushered in four years ago on the heels of earlier changes that gutted teacher tenure laws in 2011.

Nearly 60 percent of respondents to the survey said the evaluation law had increased the hours students spent taking tests and added to pressures surrounding test scores. Approximately 70 percent said the new system had not improved their teaching.

One teacher’s words summed up the feelings of many when she said that she has watched her elementary students click through questions on the state-mandated M-STEP test simply to get it over with because they were fatigued. “They don’t know or care that my rating as a teacher is determined, in part, by their scores.”

She concluded, “Lawmakers need to live in a school for a few days to catch just a small glimpse of the reality! We want our kids to love learning and not feel like their worth, also, is tied only to test scores.”

Another educator commented on the time that must be spent proving that students are learning: “The tremendous waste of time spent developing tools for and charting data collection is ridiculous, takes away from teaching, and does not benefit kids.”

Hundreds of MEA members, parents, and other community members have lobbied for the evaluation bills – pushing back against policies that place a greater emphasis on test scores over creativity, problem solving, citizenship, and other important factors in students’ education.

In addition to the HB 4221, two other bills making fixes to evaluations have been reintroduced from last session:

A similar bill to HB 4221 to reduce the student growth component to 25 percent has been introduced in the Senate – SB 122 by Sen. Ken Horn (R-Frankenmuth).

Contact your state representative and senator now and share YOUR story on why we need these important changes to the evaluation law!