Two MEA members will accompany their students to Washington, D.C., this weekend for a gun violence summit featuring 100 young people from across the country, including survivors of school shootings in Parkland, Florida, and Newtown, Connecticut. 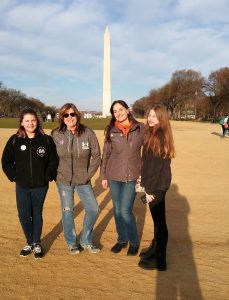 Grand Rapids math teacher Wendy Winston and Livonia art teacher Heidi Posh will attend the two-day summit as educator-advisors months after both women traveled to the Capitol for the national March For Our Lives demonstration on separate buses organized by MEA last March.

Like the March For Our Lives, the gun violence summit this Saturday and Sunday will be student-led and focused on common-sense gun reforms and other changes to make schools safer. Students hope to emerge from the event with a student bill of rights and action plan.

Natalie Koelzer, a junior at Livonia’s Stevenson High School, said she wanted to participate in the summit because “thoughts and prayers” are not enough to stop school violence. And while marches are good at calling attention to problems, the summit will offer solutions, she said.

“I hope that this summit will catch the attention of those who can change and influence our laws—not just politicians and government officials, but also voters,” Koelzer said. 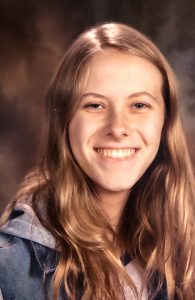 Koelzer is attending the summit with Posh, a 21-year veteran educator from Stevenson High School, who said the March For Our Lives planted a seed of hope after she attended with her eighth-grade daughter.

“That was such an amazing experience for me, and it gave me so much hope for the future of schools and young people,” Posh said. “I wanted to be a part of whatever comes next.”

The fact that the March For Our Lives was student-driven helped her daughter realize she was not powerless to change things, she added. “It made her think we do have a voice and we can make change, and just because I’m young doesn’t mean I don’t have power.”

It’s the same reason Posh believes so strongly in labor unions: “When people come together for one goal, there is very little that can’t be achieved. So many feel they don’t have a voice, and seeing all these other people who feel the same way is so powerful and so uplifting.”

Winston, a math teacher at Grand Rapids University Preparatory Academy with 18 years of teaching experience, says she hopes the summit will focus on common-sense gun laws and mental health supports, because students’ emotional needs are not being met in schools and communities. 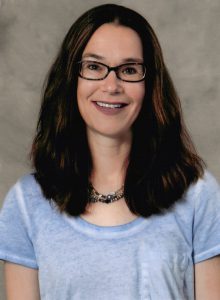 Winston does not support having armed staff members in schools, because students can gain access to items that should be off-limits. She also worries about situations in which responding officers have difficulty distinguishing between multiple armed individuals.

“I worry about ‘friendly fire’ situations, because how do they know who they’re protecting and who they’re fighting against?”

However, proposals for change will be up to the young people in attendance to decide, she noted.

“The exciting thing about this conversation is that will be student-led,” Winston said. “The educators are there to support and guide, but the students are going to be coming up with their bill of rights and action plan.”

Winston is accompanying a sophomore from her school, Chanel Hill, who was chosen to attend the summit after showing her leadership potential speaking about immigration issues at a “Kids Speak” event at Grand Rapids City Hall last April centered around the theme of “Tearing Down the Walls.” 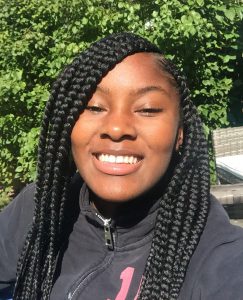 Hill says she chose to go because she wants to be part of a bigger movement to make change. “I feel like if a whole bunch of people put our ideas together, we can make things better than what they are.”

The summit is hosted by the American Federation of Teachers, the National Education Association, Guns Down, Students for Change, Everytown for Gun Safety, Students Demand Action, Giffords, and the Brady Campaign.