Flint schoolchildren will receive universal screening for effects of lead exposure related to the Flint water crisis, and educators will receive training on identifying children potentially harmed by lead poisoning, under a lawsuit settlement announced this week. 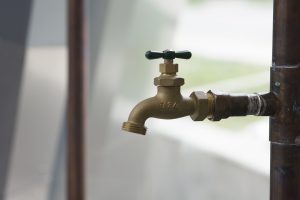 United Teachers of Flint President Karen Christian said help for kids and school employees is desperately needed. “I’m really excited, because we’ve been going through this struggle for four years now, and finally somebody has recognized we need resources in Flint.”

Christian was scheduled to testify on behalf of Flint schoolchildren in the lawsuit brought by Education Law Center (ELC), ACLU of Michigan, and White & Case LLP. Over the past four years, teachers report increased hyperactivity and behavioral difficulties among the youngest students.

“I was prepared to testify to the fact that we as teachers and staff have not received anything to address this crisis, and we still don’t have clean water,” Christian said.

The Flint Water Crisis began in 2014 when a state emergency manager switched the city’s water supply to the Flint River without undertaking basic precautions to prevent pipe corrosion and leaching of lead into drinking water.

Under the settlement announced earlier this week, a new screening and assessment program will be organized and run by Dr. Mona Hanna-Attisha, the pediatrician credited with bringing the poisoning to light after she noticed elevated blood lead levels in her patients.

The program will leverage a new screening tool that connects residents to services – the Flint Registry  – and expanded assessment services by the Genesee Health System/Hurley Children’s Hospital Neurodevelopmental Center of Excellence (NCE).

Under the leadership of Hanna-Attisha, director of the Michigan State University-Hurley Children’s Hospital Pediatric Public Health Initiative, the program is set to begin at the start of the 2018-19 school year.

“The partnership created between the medical profession and the schools recognizes that education is the antidote to the crisis that Flint children have endured,” said Lindsay Heck, one of the attorneys who worked on the class action lawsuit.

The agreement announced this week is a partial settlement of the lawsuit. Attorneys for the Flint parents and children will continue to pursue additional claims, including the provision of appropriate special education services and proper student discipline procedures.

The agreement with the Michigan Department of Education, Genesee Intermediate School District, and Flint Community Schools has several key elements: