MEA member Stefanie Sedlar was drawn to become an educator in two ways.

She felt a strong desire to help at-risk kids find their way to success, and she believed a federal loan forgiveness program for teachers would help her “afford” to make less income than other college-educated professionals. 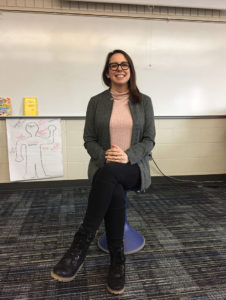 Sedlar recently shared her story at a February press conference to call attention to a new report on how to solve educator shortages in Michigan, jointly funded by MEA, AFT Michigan and Middle Cities Education Association.

The study conducted by Public Policy Associates drew ideas from 120 educators who attended five in-person summits across the state and one online forum. From a wide range of ideas, the report identifies areas of consensus around compensation, respect, and teacher preparation.

Sedlar teaches in a shortage area—special education—and has served students in high-need areas over the past decade: Grand Rapids, Indianapolis, and now Mt. Pleasant. She loves her job and students, but being denied the student loan relief that she was promised weighs heavily on her.

“It’s exhausting and rewarding work, but the loan forgiveness has yet to come,” Sedlar said during the tele-press conference. “Meanwhile the interest on my debt continues to accrue.”

With half of her paycheck going toward student loan debt each month, Sedlar and her husband have put off having children, she said. “If my outstanding student loan debts are not forgiven as promised, we might not be able to afford to start a family.”

Summit participants urged policymakers to increase pay for teachers and support staff to address a decade of declines in inflation-adjusted school funding. Falling take-home pay is often cited as a reason why educators leave the profession and potential newcomers steer away from it.

Improving pay and benefits while reducing the costs of becoming an educator were among the most frequently recommended strategies for recruiting and retaining educators. Student loan forgiveness was among those “monetary” solutions.

Recent news attention has focused on the fact that 99 percent of educators’ applications to the Public Service Loan Forgiveness Program were denied between May 2018 and May 2019, under U.S. Secretary of Education Betsy DeVos.

“I have one request: Honor the promises made to those preparing tomorrow’s doctors, skilled laborers, engineers and computer programmers for success,” Sedlar said.

While all schools are experiencing troubles in filling open positions, schools in rural and lower income areas have been hardest hit by educator shortages, which are most keenly felt in the areas of math, science, foreign language, and special education.

For that reason, equitable funding ranked high on educators’ list of solutions.

“At every session, educators emphasized the need for reforming Michigan’s education funding system by establishing more adequate and equitable resources among school districts,” the report noted.

To diversify the profession, which has been shown to boost student achievement across all student groups, support is needed for targeted recruitment efforts, such as “grow your own” programs and other preparation partnerships in diverse communities.

Not all of the solutions identified in the report cost money. Many ideas centered around the theme of improving respect for the profession and giving educators a voice in developing policies and solving problems.

“A major takeaway from these roundtable discussions was the desire of educators to have a bigger role in the public discussion concerning education reforms,” the report said.

Half of the issues ranked in the top three by educators involved changes to evaluation procedures and standardized testing. 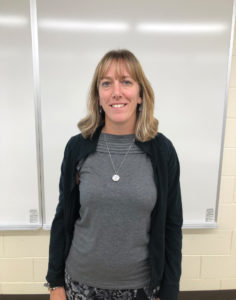 “Policymakers should note that there is intense educator support for greater input into working conditions as well as a strong belief that the current system of using student standardized tests for evaluation needs to be revisited again.”

Grand Rapids special education teacher Heather Gauck joined the press conference to underline the importance of educator voices in the policymaking arena. “Too often it seems like politicians think they know how to run a classroom because they were once a student,” she said.

One example she pointed out was the use of standardized tests in teacher evaluations, which she said unfairly measures teacher effectiveness, narrows the curriculum—sometimes in favor of scripted teaching—and reduces time for actual learning to happen.

“I know the skills my kids need to succeed,” she told reporters. “I need the independence to measure their progress to determine where they’re excelling and where they need extra help.

“We know our kids best. We’re the experts. But instead of being made part of the process, we’re told lawmakers know better. These are often people who haven’t stepped foot in a classroom since they were students.”

Lawmakers need to hit the brakes on testing and new requirements, Gauck said. “Let me do my job, and ask me.”

Examining Michigan’s Education Workforce: How to Address the Talent Shortage Facing Michigan’s Schools reports on the recommendations from educators who attended in-person and online Solutions Summits. In support of the solutions identified by educators, the report suggested 10 considerations:

Educators are rarely asked for input on legislation critical to the success of schools and students, agreed Donna Roark, assistant superintendent for personnel at Niles Community Schools, who participated in the press conference.

“Instead, an increasing percentage of teacher evaluation is tied directly to student achievement,” Roark noted. “It is our duty as educators to help every single student succeed, but we fail our kids when we ignore other issues that impact their growth, such as trouble at home, arriving at school hungry or not receiving needed mental health services.”

Study participants across the board indicated that money allocated for standardized testing would be better spent on student and educator supports to address mental health needs, such as counselors, social workers, and paraeducators, and ongoing training for educators to deal with students experiencing trauma.

More diversified preparation of teachers-in-training, and paid release-time mentoring opportunities for experienced educators, would help to address classroom management issues that many new educators face in the first few years.

“Educators have critical insights that have been thus far discounted,” the report concluded. “If Michigan is truly interested in addressing factors causing existing educators to leave the profession and why others are choosing not to enter, it seems obvious that a next step is to ask the educators.”

State Superintendent Dr. Michael Rice said the report calls attention to the need for greater compensation and more supports for schools, in addition to reducing the evaluation time burden and cultivating renewed interest in teaching through teacher cadet and grow-your-own programs.

“We are committed to working with all interested parties to rebuild a profession that continues to be among the most honorable in our society, but which has been badly undermined and denigrated over the last half decade,” Rice said.

Statement from MEA President on education and the fight against racism
June 1, 2020