At a chilling 71 percent, Michigan’s percentage drop in enrollment in teacher preparation programs between 2008- 2017 is second in the nation only to Oklahoma, according to the latest federal data.

This precipitous drop in enrollment has led to teacher shortages in some parts of the state (in all subjects) and in hard-to fill subjects in all areas of the state. The federal government collects this information every year, but 2016-17 is the latest data that has been released so far.

At today’s salaries, it is not economical to get a teaching degree and choose to work as a Michigan teacher, said Ruth Beier, MEA economist. “Students can’t afford to amass college debt that they can never pay off because their salaries are low and often frozen for years on end.” 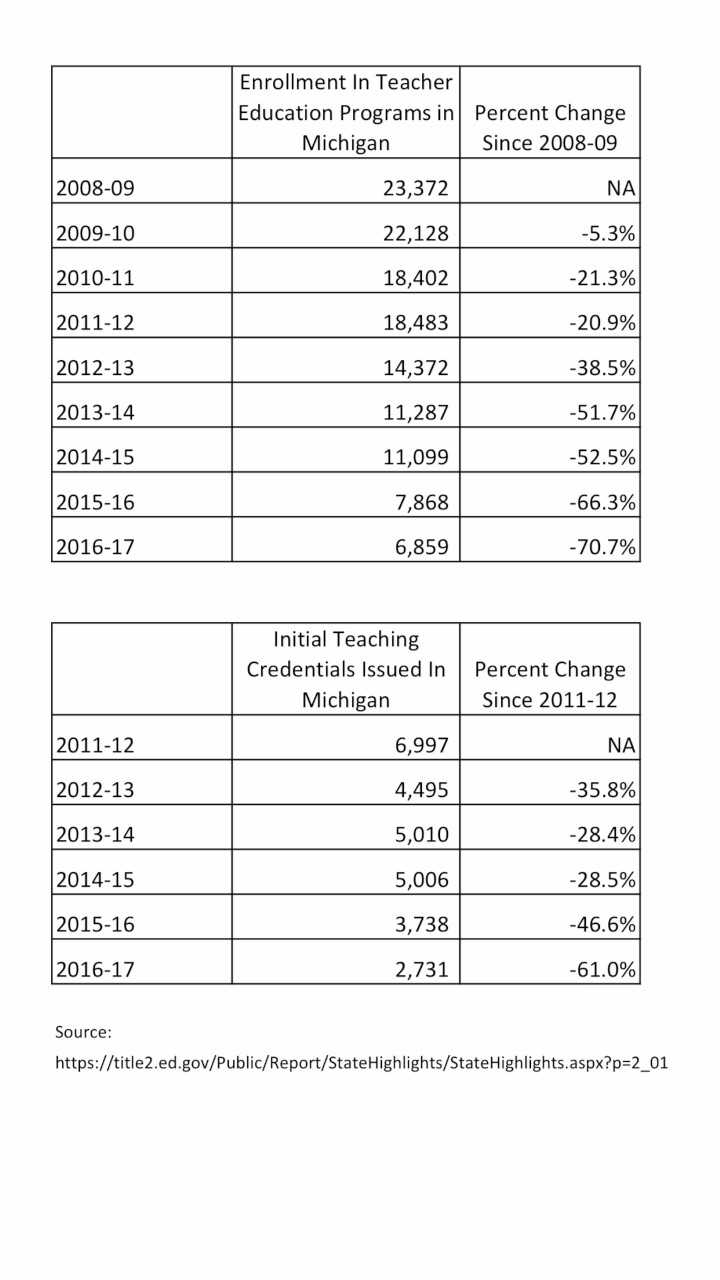